Karim Benzema has hit out at Gianluca Di Marzio for claiming he could join Milan. “You’re the one who needs to change jobs…”

Di Marzio reported late on Friday that Benzema’s representatives had travelled to Milan’s training ground for talks with the Rossoneri earlier in the week.

That was followed by his agent Karim Djaziri tweeting a series of laughing emojis, and the Real Madrid striker has now had his say.

“Di Marzio, you’re the one who needs to change jobs. Liar,” he wrote in an Instagram story.

It also comes just hours after he branded Aurelio De Laurentiis a ‘nutter’, the Napoli President having described the 30-year-old as an ‘old man’.

Juan Jesus was previously critical of the Sky Sport journalist after he linked the Roma defender with moves to Porto and Zenit St Petersburg. 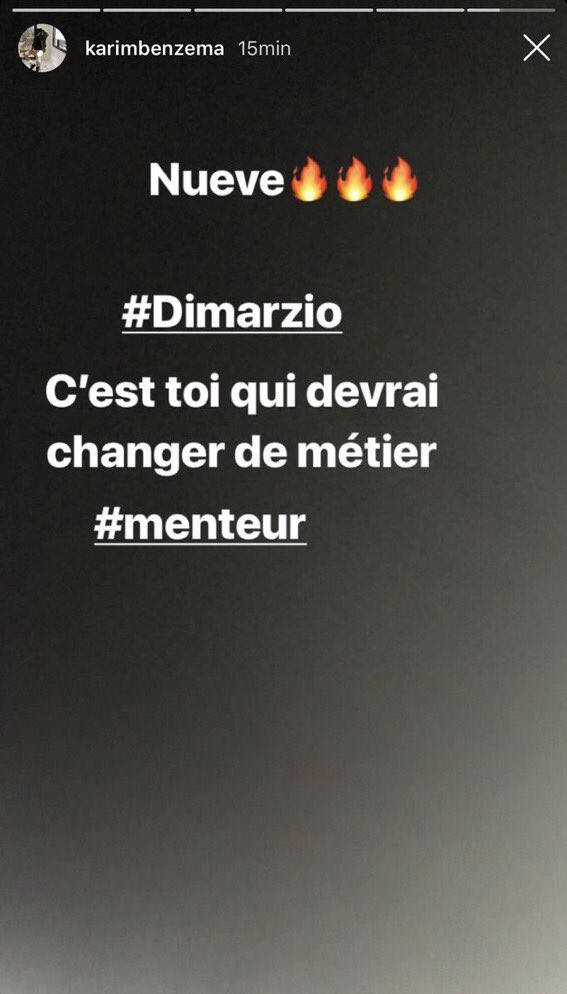