There have been increasing reports in recent weeks that Varane could look to move on this summer, particularly for Juventus.

Now AS suggest Zinedine Zidane is already drawing up a plan to replace the France international and that points towards Koulibaly.

Carlo Ancelotti stated only today that K2 would not be leaving the Stadio San Paolo, but the situation could change if the club making the call is Real Madrid.

So far, Napoli and Koulibaly have rejected all proposals from the Premier League, including Manchester United, Manchester City, Chelsea and Arsenal.

His price-tag is believed to be at least €100m, if not more, and the 27-year-old Senegal international only recently signed a new contract to June 2023.

Meanwhile, the Corriere dello Sport claims on Friday's edition that there is a release clause valid only for overseas clubs worth €150m. 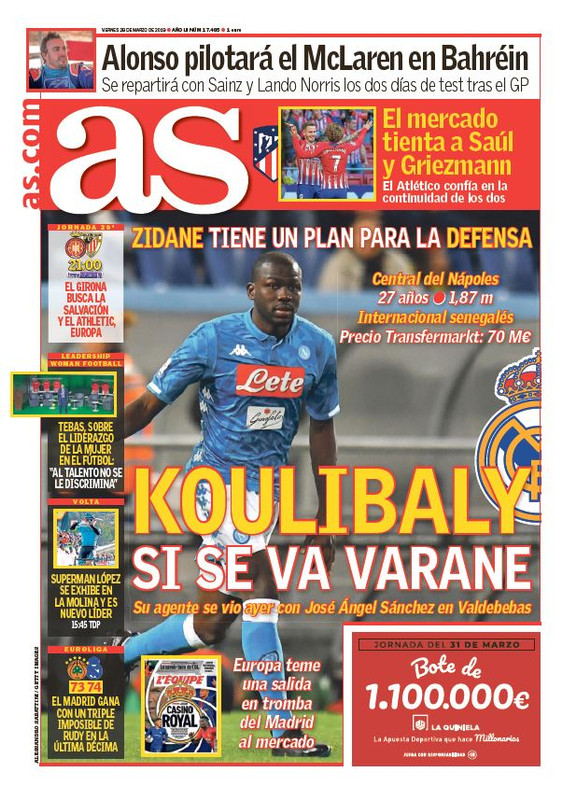