Mario Balotelli said Leonardo Bonucci is “lucky I wasn’t there” when Moise Kean was being racially abused, while Raheem Sterling and Stormzy also criticised the Juventus defender.

Italy international Kean was jeered by a small section of the Cagliari fans throughout the Serie A game last night, but after scoring a late goal to make it 2-0, the 19-year-old celebrated by standing in front of the ultras with arms outstretched and neutral facial expression.

This prompted the ‘Curva’ to ramp up the abuse and it became very clearly racist, yet teammate Bonucci caused controversy with his comments after the game.

“Kean knows that when he scores a goal, he has to focus on celebrating with his teammates. He knows he could’ve done something differently too,” Bonucci told Sky Sport Italia.

“There were racist jeers after the goal, Blaise heard it and was angered. I think the blame is 50-50, because Moise shouldn’t have done that and the Curva should not have reacted that way.

“We are professionals, we have to set the example and not provoke anyone.”

These statements provoked a firestorm of condemnation, including from Italy international Balotelli, who wrote this on Kean’s Instagram post.

“Bravo! And tell Bonucci that he’s lucky I wasn’t there. Instead of defending you he does that? Wow, I am honestly shocked. I love you, brother!”

Bonucci’s comments have been condemned on Instagram by the likes of rap artist Stormzy and England international Sterling, who wrote: “The blame is 50-50 @bonuccileo19 All you can do now is laugh.” 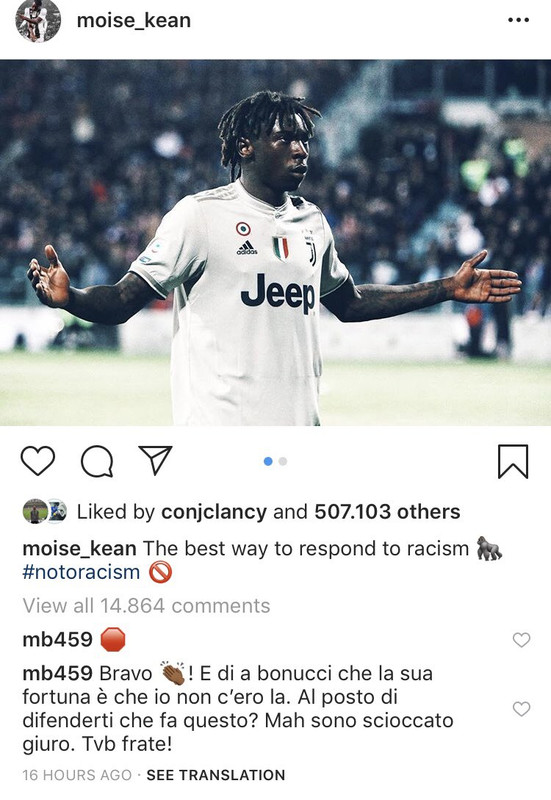 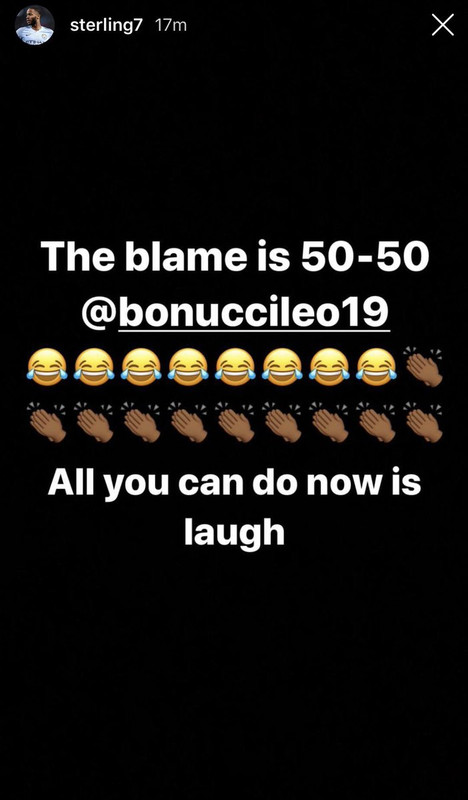