Dybala was given permission to talk to United on Tuesday after they agreed an exchange deal with Juve, which would have seen Lukaku head to Turin.

However, The Sun – running the story as an exclusive – warns the forward and the Red Devils are ‘some way off’ with regards to personal terms.

The newspaper adds the 26-year-old is seeking the same salary, regardless of which European competition United play in, and that he is ‘happy’ to stay at Juve if ‘a huge pay rise’ is not forthcoming from Manchester.

In the meantime, Sky Sport Italia reports the Argentine is training with the Bianconeri today and will hold talks with new boss Maurizio Sarri over his future afterwards.

That was then followed by the attacker ‘liking’ an Instagram post that urged him to stick with the Old Lady and ‘become a legend’ at the club. 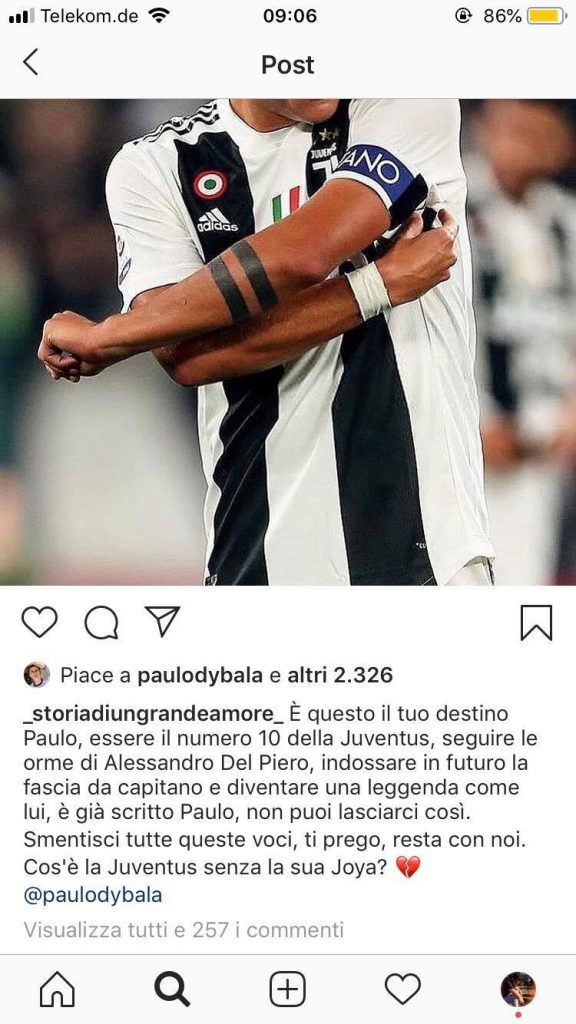