Armenia striker Aleksandre Karapetyan has branded Leonardo Bonucci ‘shameful’ after accusing the Italy defender of getting him sent off.

Karapetyan opened the scoring for Armenia but saw red in first-half stoppages, having picked up a second booking for a perceived elbow on Bonucci.

The 31-year-old responded on his Instagram Story: “I have big respect for what you have achieved in your football life, but that was shameful.”

The Azzurri went on to win 3-1 thanks to goals from Andrea Belotti (x2) and Lorenzo Pellegrini.

La Nazionale are now top of Group J in Euro 2020 qualifying at the midway point, with maximum points from their five games. 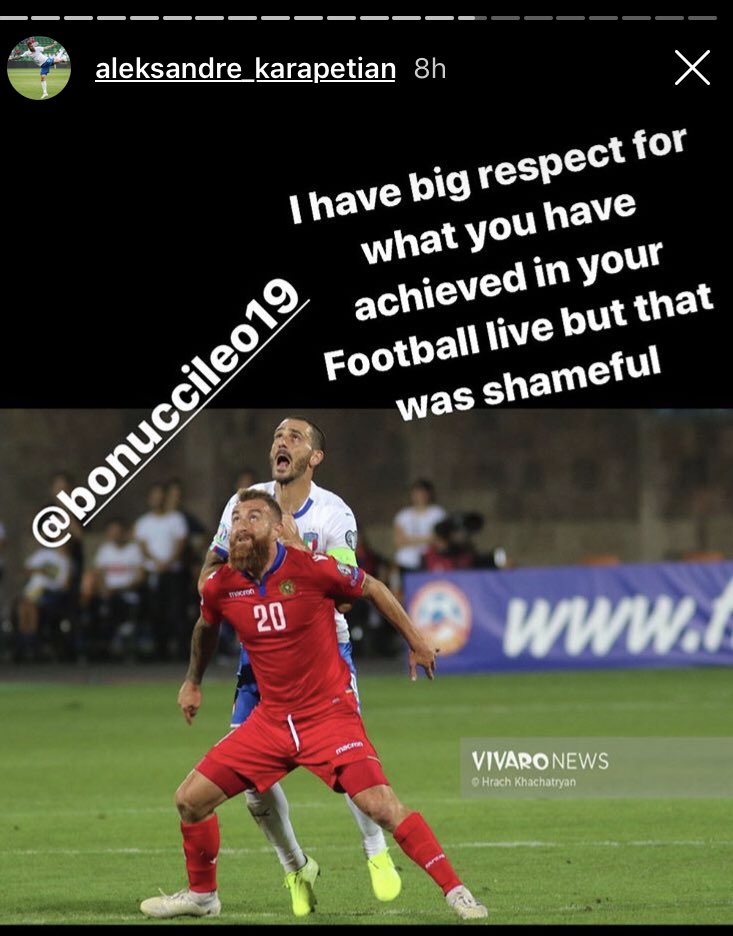