Inter have presented their third kit for the 2019-20 season and it is deep black, inspired by jerseys from the past and their tyre sponsors Pirelli.

This strip will above all be used in the Champions League and brings together “elements of their iconic 1997-98 and 2009-10 jerseys.

“The influence of the ’97-98 kit, worn by Brazil legend Ronaldo, is particularly strong with the return of a black silhouette, stylishly enlivened by bright yellow trim and detailing.

“Meanwhile, the shirt incorporates a crew-neck collar, as was the case in ’09-10 when the team won an unprecedented treble.”

Pirelli tyres have been sponsoring Inter since 1995 and the all-over black is reminiscent of the Formula 1 rubber.

“We’ve taken inspiration from two special older kits, kept things on trend with the ‘90s themes we are seeing in streetwear at the moment and the result is something that we hope will appeal to all fans.” 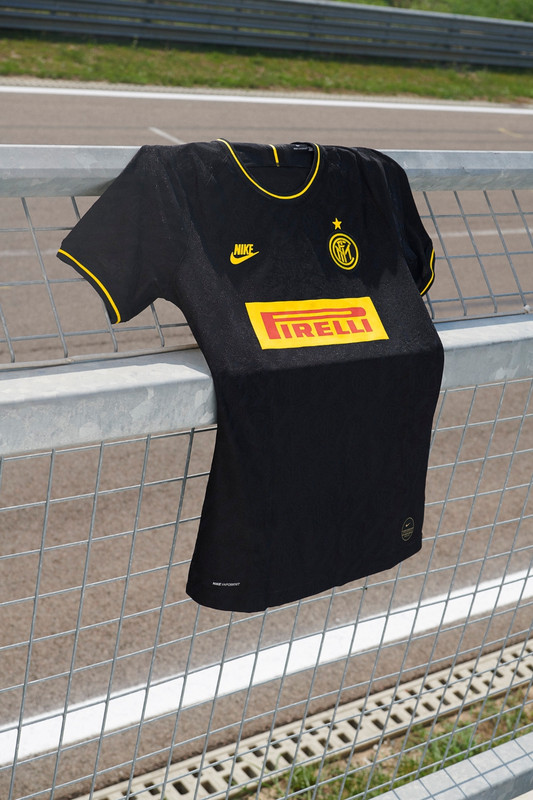