Napoli defender Kostas Manolas hit out at Spanish media, who suggested Lionel Messi refused to shake his hand after the Barcelona victory, showing it was the referee.

The incident occurred at the final whistle of last night’s Champions League Round of 16 clash at Camp Nou, which ended 3-1 to the Blaugrana.

A clip from the post-match salutes showed Messi hugging and shaking hands with various teammates and opponents, before waving his finger in a ‘no’ gesture at someone just off camera.

The edit made it appear as if this was Manolas, which sparked speculation around what caused the row between the two players, which could go all the way back to his goal for Roma to knock Barcelona out of the Champions League.

The hand that Messi refused to shake was that of referee, Cuneyt Cakir, who disallowed his goal for handball.

“Sometimes you should wake up and look at photographs carefully before writing mean things!! I’ve never seen a player wearing a watch before!!” wrote Manolas on his Instagram Stories. 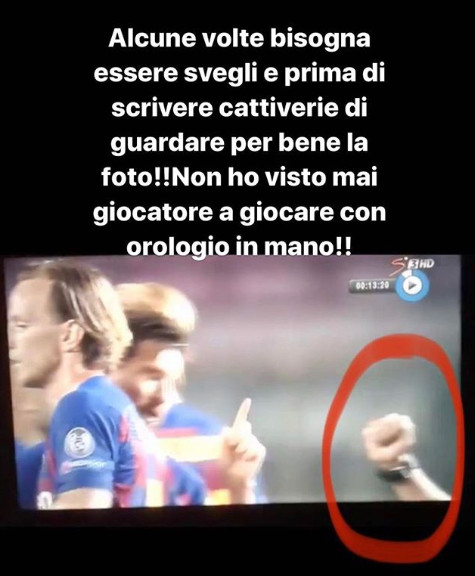