The draw has been made for the 2020-21 edition of the Coppa Italia, with potential Inter-Milan, Roma-Napoli and Atalanta-Lazio quarter-finals.

They won’t enter the competition until the Round of 16, which is played in January 2021.

As with last season, every stage of the tournament will be one-off games except for the semi-finals, which are the only ones played over two legs.

The Final is set for May 19 and is likely to be at San Siro, because the Stadio Olimpico in Rome must be released early to UEFA for Euro 2020 preparations.

You can view a larger version of the table here. 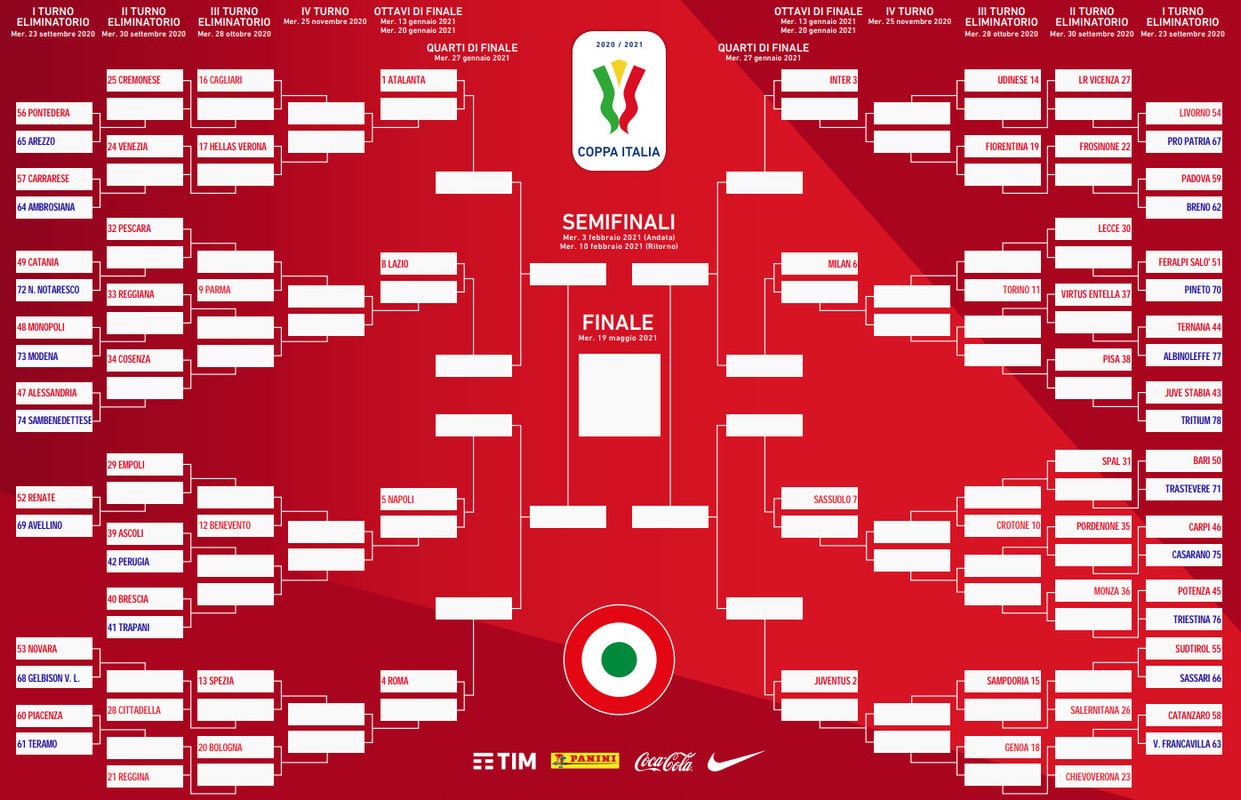