PSG won the first leg 3-2 in Munich and are through to the semi-finals of the Champions League after a 1-0 defeat in Paris last night.

The Ligue 1 champions, who were runners-up behind Bayern in the competition last year, revenged the defeat from Lisbon eight months ago.

When Bayern were drawn PSG in the quarter-finals, Muller posted a video on social media saying goodbye to the Ligue 1 champions in advance: “Au revoir.”

After the elimination, Italy international Verratti’s girlfriend posted a story on Instagram with Muller’s video. 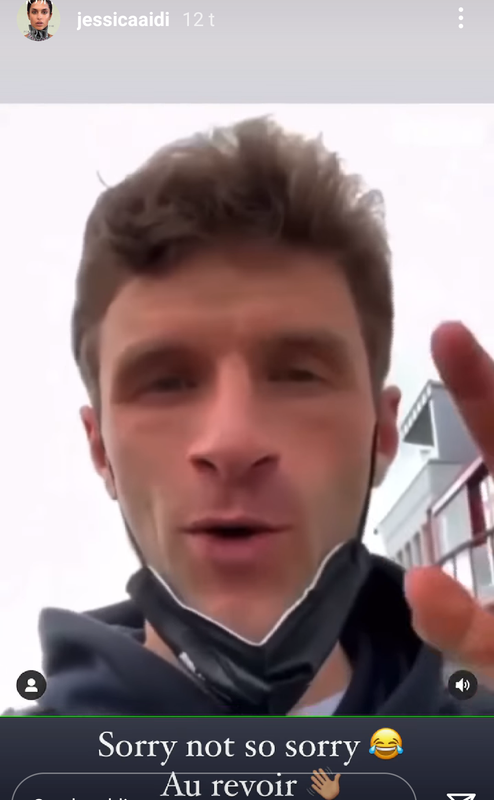