Napoli will wear a brand new kit designed by Marcelo Burlon County of Milan and Kappa against Inter on Sunday.

Burlon was born in Argentina and moved to Italy as a teenager. Therefore, he has a special bond with Maradona and Naples.

His logo can be seen on the shirt's right chest, while the Napoli badge is in black and white.

The goalkeeper will wear a similar yellow kit with the graphic applied in blue and a blue and white Napoli logo.

"The different but complementary worlds of fashion and sport have thus come together once again to inspire new creations.

"The commemorative Napoli collection has been designed to convey the culture, tradition and international dimension of Naples and its football team through Marcelo Burlon's vision and imagination. Burlon has channelled his multicultural energy to reinterpret his most iconic visual message through this exclusive partnership, which is a display of love for Naples – the city, the team and its passionate fans.

"The official unveiling is set to take place on 18 April, when Napoli will wear the new Kappa and Marcelo Burlon County of Milan kits against Inter Milan at the newly renamed Stadio Diego Armando Maradona.

"On that occasion, the full collection will be unveiled: football kits, balls, rucksacks and streetwear, all of which will be available for purchase via major international e-commerce platforms.” 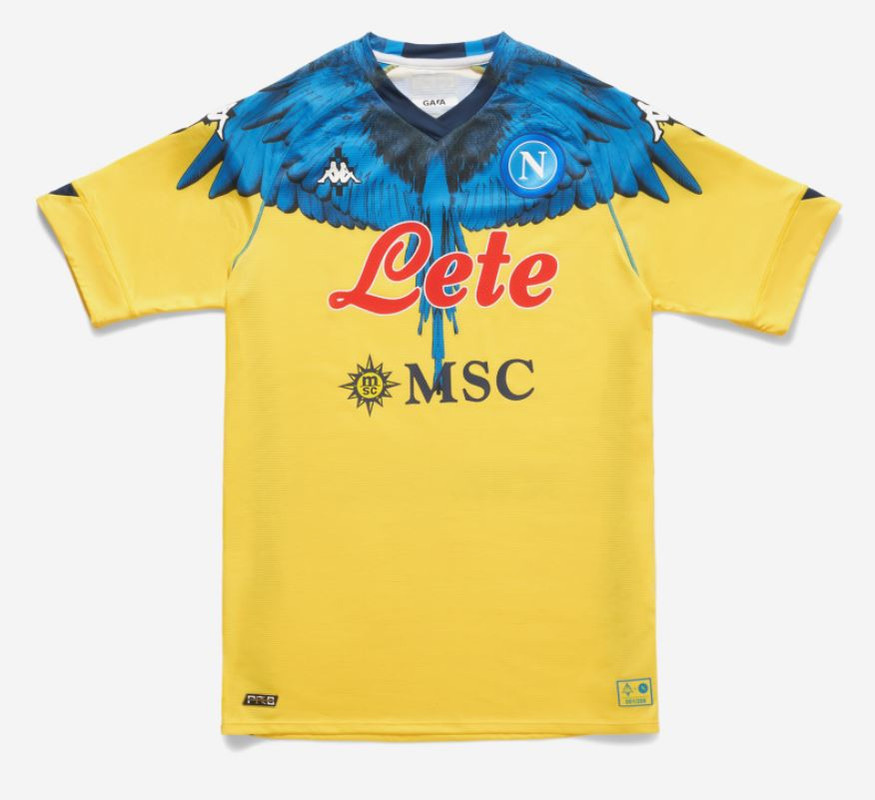