Carlo Ancelotti is officially the new Coach of Napoli on a three-year contract after Maurizio Sarri was effectively sacked today.

“Calcio Napoli are happy to announce the definition of an agreement with Coach Carlo Ancelotti to become lead the first team for the next three seasons and therefore starting from 2018-19.”

“I can’t talk, we’ll see each other on July 9,” Ancelotti told Sky Sport Italia at Fiumicino Airport in Rome.

That date will see his presentation Press conference in Naples to begin the new season.

They thrashed out the details of a three-year contract in another meeting today.

This evening, De Laurentiis took to Twitter in order to announce that Sarri would no longer be the Coach of Napoli.

“I thank Maurizio Sarri for his precious dedication to Calcio Napoli that allowed us to give the city and all Azzurri fans over the world prestige and emotions, creating a style of football admired everywhere and by everyone.

Ancelotti turns 59 next month and was fired by Bayern Munich in September, just months after winning the Bundesliga at his first attempt.

This will be his first job in Italy since leaving Milan in May 2009, after which he collected silverware aplenty at Chelsea, Paris Saint-Germain, Real Madrid and Bayern Munich. 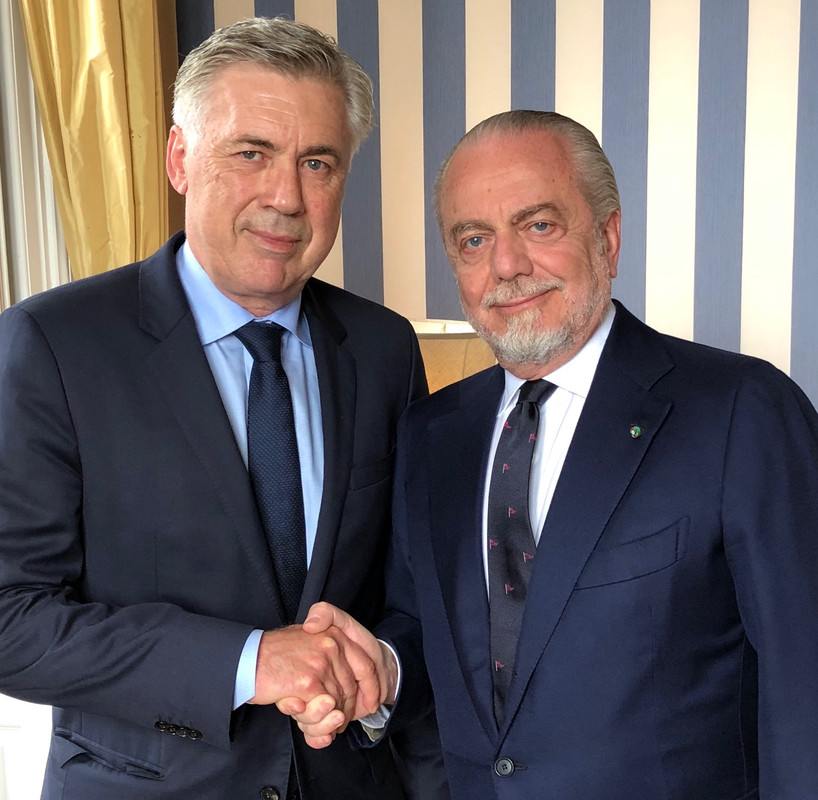