Italy’s Azzurri Legends team came back from 2-0 down to draw 3-3 with Germany All-Stars on Monday, despite conceding a last-gasp equaliser.

Some of Italy’s best-known and best-loved players took to Sportpark Ronhof in Furth to help raise money for charity projects.

Indeed, all 11 of the Nazionale’s starters had won the World Cup in 1982 or 2006, among them Francesco Totti, Andrea Pirlo, Fabio Cannavaro and Gennaro Gattuso.

Germany, although not quite as memorable, still lined up with world champions Guido Buchwald, Thomas Berthold and former Inter striker Jurgen Klinsmann.

Italy, coached by 1982 World Cup winner Antonio Cabrini, made a disastrous start as both Cannavaro and Christian Panucci scored own goals in the opening 19 minutes.

They managed to draw level through Luca Toni and Totti, the latter of whom finished off a fine individual effort, slaloming through the German backline before toepoking home.

Cabrini’s veterans thought they had won it through ex-Roma man and players union chief Damiano Tommasi, but Philipp Wollscheid netted in stoppage time to rescue a draw for the old enemy. 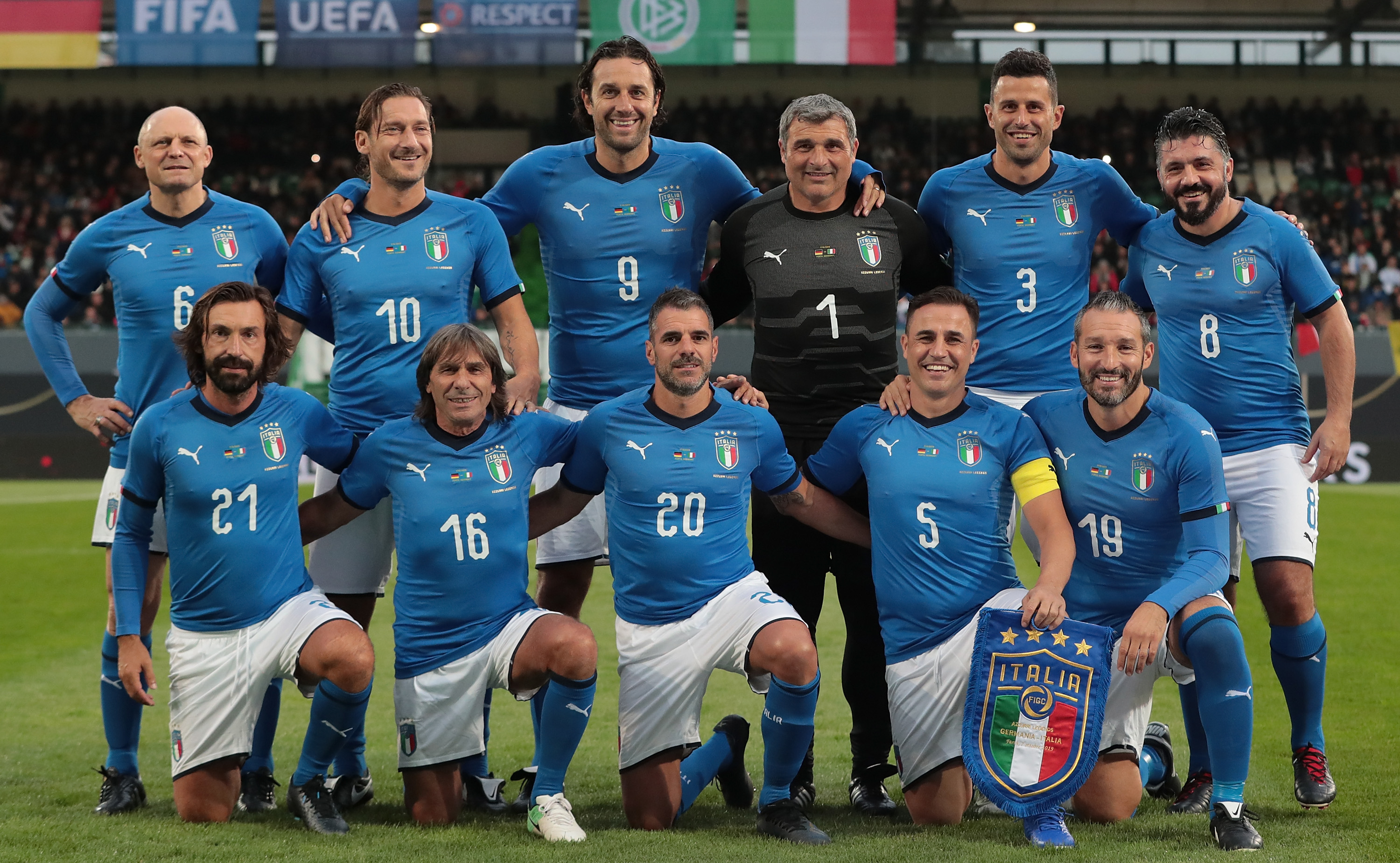